The Doorway Gallery is delighted to host an exhibition by Jack Hickey called The Nocturnes on Thursday, September 4th between 6-8pm on 24 South Frederick Street. The exhibition will run until September 25th.

Dealing with Ireland’s social nightlife, Jack Hickey’s most recent collection, illustrates the beautiful, the ridiculous, and the menacing of the clouded contemporary cityscape. The work explores the shaded underclass of the nocturnal urban terrain and pursues the disenfranchised as they search their city for meaning once darkness falls.

This will be Jack Hickey’s third solo show and his first solo exhibition in Dublin.

Jack Hickey was born in 1988 in the small town of Cobh.

He studied Fine Art at the Crawford College of Art & Design in Cork and graduated in 2011.

His work attempts to illuminate the emptiness at the centre of human relationships, the inherent lack of meaningful interaction between different people, different sexes and different realities. The open space in the work represents the distance between individuals, the unsaid and the unrequited. 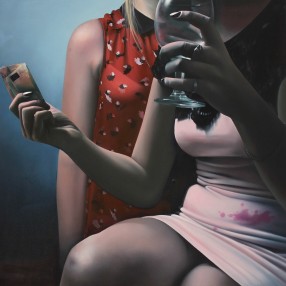 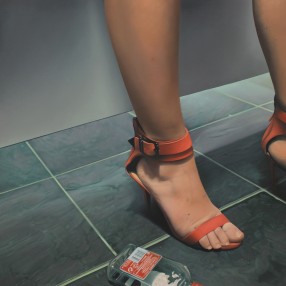