Established in 1993, the same year that homosexuality was decriminalised in Ireland, the Gaze Film Festival was a small affair with just 4 films on the programme.

Now it has turned into a weekend festival with over 36 slots, guest appearances, workshops, events and a whole lot more.

According to Gaze Festival Director, Noel Sutton, it has “grown substantially” over the years and has become “a platform” for LGBT filmmakers and scriptwriters both locally and internationally. 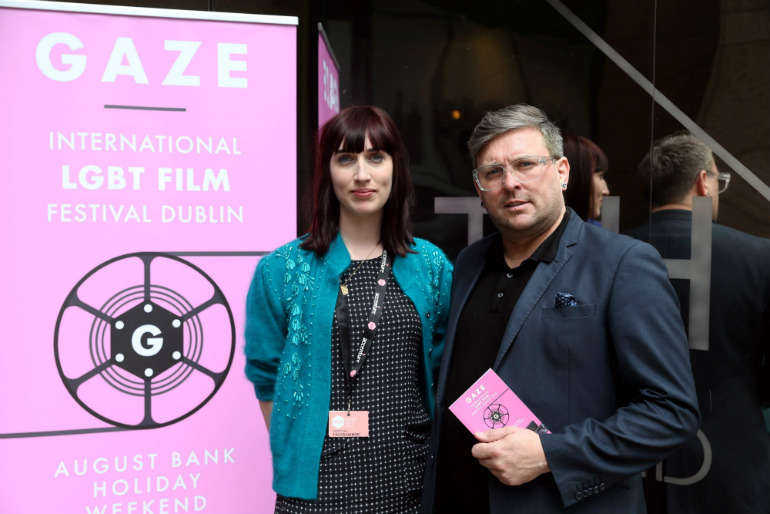 The festival was formed to create a space for people to “come together and share thoughts and feelings” around how the LGBT community was being represented on screen.

“24 years ago, the LGBT movement came together to change opinions… and that was happening in the art world too. There was a poor representation of the queer culture on screen… the gay character was usually the weird one killed off in the first four minutes!

“Now that has all changed… every soap now has a queer character in it. We have a better representation of the queer culture on our screens.”

Noel went on to say that Ireland is now “more comfortable” with homosexuality especially since last year’s Yes to marriage equality, but there is “still a stigma” and this festival has an important part to play in helping people share their stories and experiences.

“We can watch Netflix or stream cinema, but what is special about Gaze is sharing the experience and having the conversation afterwards – that is what’s important.

Asked what makes the festival so popular, Noel said it’s because “it’s a great opportunity to bring family and friends to share their stories too… that all adds to the popularity and its good craic. Lots of great things to do! Loads of sideline stuff too.”

To sum it up in one sentence, Noel said: “It is a funny donkey ride of extraordinary LGBT culture that is going to challenge, entertain and provoke thought.” 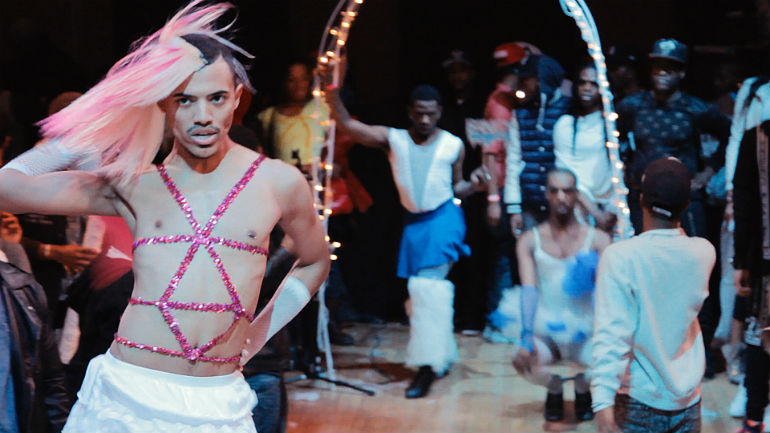 In 1990, seven young male dancers joined pop icon Madonna on what would become one of the most controversial stadium tours in history, Blond Ambition.  This groundbreaking documentary follows the dancers on the stadium tour as they become icons of sexual freedom and liberated sexuality.  Although pivotal to expressing Madonna’s message, they were far from living the liberated life they extolled through their live performances. For the first time, Strike A Pose examines the incredible stories of Luis Camacho, Oliver Crumes III, Salim Gauwloos, Jose Gutierez, Kevin Stea, Gabriel Trupin and Carlton Wilborn — the seven exceptional, young, beautiful dancers, which performed on the tour.

S Viva presents the story of a young hairdresser working at a Havana nightclub showcasing drag performers. Presented through the lens of an authentic Cuba, Viva explores the complex relationship dynamics between father and son as they clash over opposing expectations of each other. Documenting the struggle to understand one another and reconcile as a family, Viva is an emotion filled drama that transverses familiar queer film territory in a fresh manner. GAZE is thrilled to have the opportunity to present an Irish film on such staggering quality in advance of its upcoming cinema release.

LGBT film festivals such as GAZE were initially founded upon a radicalism that aimed to combat the underrepresentation of LGBT communities on screen. The widespread emergence of these festivals over the years has opened up a dialectic of radically liberated sexuality through invigorating content. This panel discussion will centre around the current state of LGBT film festivals within a wider cultural context, as well as society’s shifting reception to LGBT cinema. Speakers will include Theresa Heath (Wotever DIY Film Festival), Berwyn Rowlands (Iris Prize Festival), Jamie Starboisky (Queer Media Festival), Helen Wright (SQIFF).

To coincide with the centenary of 1916, YesterGAZE will explore the legacy of the most prolific LGBT member of the Rising, with a screening of the documentary The Ghost of Roger Casement. The film chronicles the life, achievements, and ultimate downfall of the man, whose reputation was destroyed by allegations of homosexuality. To this day, the subject of Roger Casement’s sexuality, and the infamous ‘Black Diaries’, remain a contentious issue in Anglo-Irish relations, continuing one of the great debates of the 20th century.

All festival details are available on www.gaze.ie