John (Coach) Kavanagh and brother James Kavanagh kicked Movember 2017 into action today by calling on Irish people to raise much needed funds and awareness for men’s health. As the only global charity focused solely on men’s health, Movember aims to impact the lives of Irish men by helping them take control of their health. 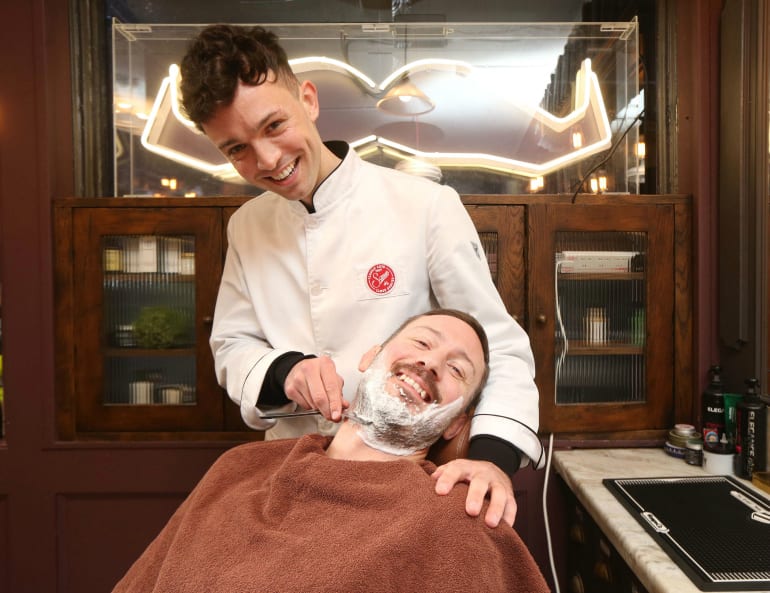 The Kavanagh Mo Bros were on hand at the launch to add their voices to the campaign in hopes that they will raise awareness for men’s health and what men can do to take care of their health.

Speaking at the launch John Kavanagh said: “I am getting behind the Movember 2017 campaign because I know men are not talking about their health enough, both physical and mental, and we need to get a big conversation going so men know what they can do to safeguard their future health. I am really impressed with the Movember MOVE initiative as I think it is important for physical and mental health that men get moving. MOVE is great because its not about being the fittest or the fastest, it’s about having fun, doing good, while raising funds along the way.”

James Kavanagh added: “Movember is not just about growing a moustache for November! People should log on to Movember.com to register and get involved, and raise funds by hosting your own event or donating online.”

Since launching in Ireland in 2008, Movember has been the primary funder of prostate cancer initiatives in Ireland through a partnership with the Irish Cancer Society. The charity highlights that most cancers are treatable and preventable – through early detection and small lifestyle changes.

Neil Rooney, Movember Country Lead, said: “Movember has set a 2030 target to reduce the number of men dying prematurely by 25%. Men are dying an average of 6 years younger than women, and we want to highlight ways to tackle this. We want men suffering from prostate cancer to maintain control of their lives as they undergo treatment, improve their mobility, mental wellbeing and, ultimately, their quality of life.” 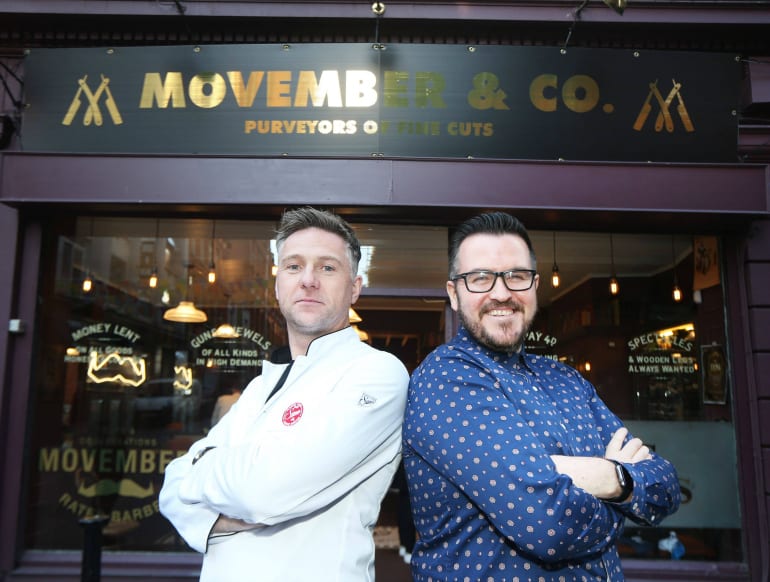 Sam Donnolly, owner of Sams Barbers has been a long time supporter of Movember and says he and his fellow barbers are trying to change the face of men’s health in Ireland one shave at a time. Sam has given over his Dame Lane shop for the month to be a Movember & Co. hub for the campaign.  People can stop by for more in formation and one of the best hair cuts in town.

To help Movember raise funds for men’s health go to Movember.com to sign up or donate.