The Duke Street Gallery is housed in one of Dublin City’s oldest buildings, originally constructed in the 1730’s, where we showcase the work of contemporary Irish artists, alongside historically significant Irish painters.

The building was the original location for the Red Bank Oyster, which was mentioned in James Joyce’s ‘Ulysses’. We feature artists such as Louis LeBrocquy, Markey Robinson, Marie Carroll, Graham Knuttel, Harry Kernoff and Patrick Collins to name but a few.

The Duke Street Gallery specializes in the work of Irish artists, as well as artists living in Ireland imbued with the Irish imagination. The gallery features work by renowned artists, Louis LeBrocquy, Markey Robinson, Graham Knuttel among many others.

Dukestreetgallery.ie operates as a full service Internet art gallery offering instant availability to a vast range of Irish Art and specializes in the packaging and exporting of its artwork worldwide.

Oh, and they ship worldwide too! 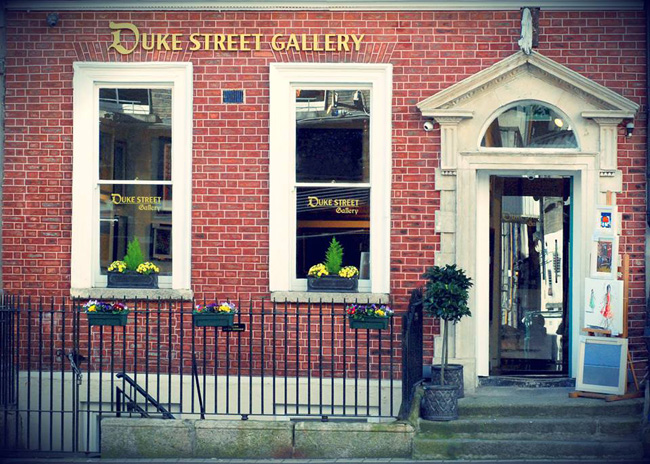