Castle & Drury is a contemporary menswear store located in the heart of Dublin City Centre. They stock retro menswear brands from all corners of the earth.

Conor Rhatigan owner of Castle & Drury spent his early years doing his homework in the stock room of his mothers boutique in Ranelagh, it is here, without even knowing it, that he developed a keen interest in retail and in the the complex ways in which the fashion industry works. Living abroad for the past few years, firstly in New York and most recently London, Conor developed a keen eye for some of the quirky, less well-known foreign brands and designers that were not easily found in Ireland and realized that that was his market…

This now Stands to him as his new creative venture a boutique in Castlemarket has just opened it’s doors.

The boutique was born out of Conor’s natural patience and constant eye on the fast moving industry that is mens fashion. Based around his own chilled attitude and his eye for quality the boutique feels like more of a creative space than other boutiques of that nature and has an atmosphere like no other. Castle & Drury plans on being a leader in the regrowth of the cultural and creative scene in Dublin and the store is already collaborating with some of the top up and coming artists and designers in the area. 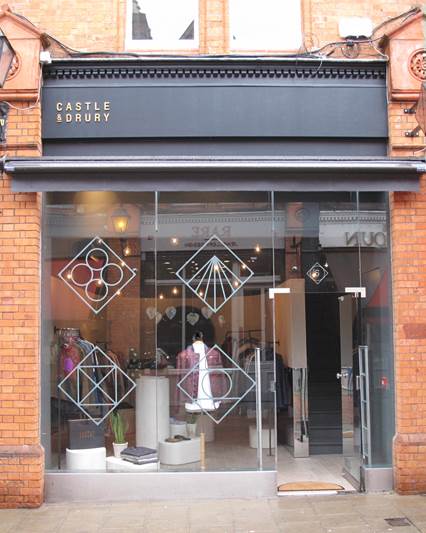 The brands chosen by Conor at trade shows such as Man, Capsule and Jacket that feature in the shop represent the wide and diverse men’s street wear culture we see in Dublin today. Taking into account all aspects of a customers needs such as age, values, hobbies and income, Conor has managed to give Dublin’s fashion forward men access to a whole sphere of trends and styles both formal and informal. Here is a list of the brands that will be sold in the shop for A/W14:

Castle & Drury brings to the Dublin menswear market, some of the industry’s leading brands ranging from Scandinavian born Innovators, Wood Wood and Soulland, to the much recognized London Based YMC. Stop by and check it out…